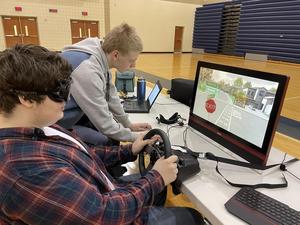 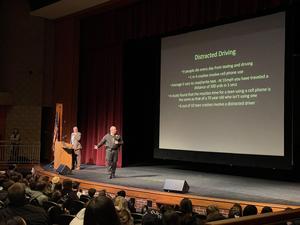 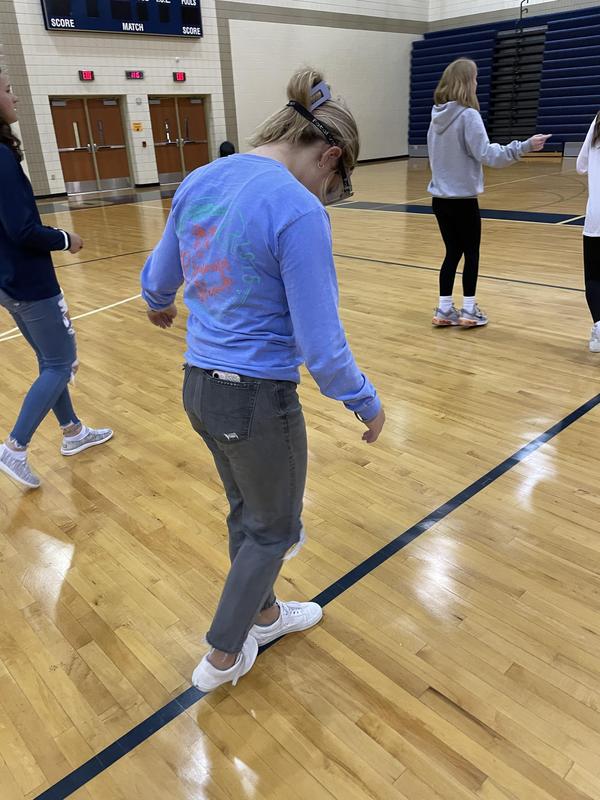 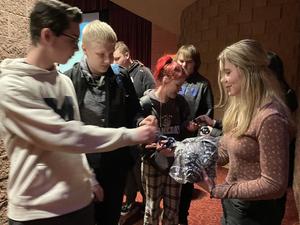 Distracted driving is dangerous and can be deadly. That’s the hard truth that students at Otsego High School have learned this year thanks to a safe driving campaign from Students Against Destructive Decisions (SADD). Once again, Otsego’s SADD chapter received a $1,000 grant from the state of Michigan to launch different activities to support their initiative. This year’s campaign is centered around phone usage while driving. “We want to make students aware of the dangers of being on a phone while focusing on the road,” explains Kelly Henry, the SADD chapter advisor. “We are also hoping these tips will stick with students who are currently not able to drive.”


SADD began their campaign with an observational study, looking at students who were driving into school and checking to see how many were on their phone. They’re conducting multiple surveys with this effort, including a pre- and post-survey to students asking their opinion on texting and driving.


In January, th eSADD chapter organized a school-wide assembly where students heard from the Otsego Police Chief and an Allegan County Sheriff’s Deputy. They shared statistics on distracted driving with students as well as real stories of tragedy that resulted from distracted drivers. At the end of the assembly, they gave each student a bracelet with their slogan and asked them to sign a “Don’t Text and Drive” pledge.


To further emphasize their message, they held a door decorating contest that had to include their slogan “It’s not a vibe to text and drive” with the winning class receiving a donut party. A t-shirt design contest just wrapped up and they’ll be selling those this spring.


To show students first hand how being distracted can affect your driving, SADD partnered with Michigan State Police to bring in a driving simulator and impairment goggles. Students could try driving with and without their phones to see what happened. They could also try on the goggles, each of which had a different level of impairment based on drug or alcohol levels.


SADD has been using social media to spread the word, as well. You can find them on Instagram at @sadd_otsego.